Reflections on coming home to personal blogging, after years in the trenches of content marketing 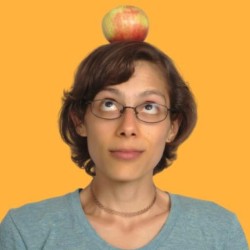 I was the kid who stayed up late, pen in hand, using the written word to make sense of my thoughts and experiences.

I filled notebook after notebook with memories, frustrations, worries, dreams, and fears: things I wanted to remember and things I couldn’t talk to anyone about.

When I was 15, I exchanged the pen for a keyboard and started my first online diary. Several of my friends were already creating their own chronicles, and I wanted to join in. Since social media feeds didn’t exist, we used those diaries to share the minute details of our lives: a multitude of teenagers baring our souls to the internet.

But it wasn’t only about writing; it was also interactive. My friends and I could read each other’s public entries and converse in the comments, and the latest posts from people we “friended” showed up in our feeds when we logged in. It was a way to stay connected outside of school, phone calls, sleepovers, and AOL Instant Messenger. And it allowed me to meet and build relationships with people outside my immediate circle of friends.

Over time, I curated a list of other blogs from across the internet in an RSS reader and checked them daily. It was exciting to see new posts appear: clicking on the fresh titles opened windows into each blogger’s life. I began to feel like I knew them as I followed their journeys. Comment threads became real conversations that fostered a sense of connection through our shared words.

I didn’t know it at the time, but I was enjoying the height of personal blogging.

The trend began in 1998 when Open Diary launched as the first public community blogging platform to include a “comment” feature. LiveJournal and Blogger followed with riffs on the theme in 1999 and remained popular throughout the early 2000s.

It was an era of openness and authenticity, a culture of community and personal connection that peaked around 2002 but has long since faded into obscurity.

The absence of personal blogging is an absence of stories, a loss of shared realities. As bloggers in the days of internet past, we were writing a collective history that anchored us in something bigger than ourselves. We may not have seen any significance in the mundane details we shared, but taken together, those snapshots of life became a tapestry that reflected the richness of the human experience.

The current state of internet media has brought us to a point where thoughts and stories are valued only insofar as they can be monetized. I cringe to imagine what future generations will think when they look back on the “history” we’re recording and discover that we care more about making money and stroking our egos than using the gift of writing to say something that matters and connect with each other over common experiences.

Terrorized by algorithms, deafened by noise

Open, honest online writing started disappearing in the early 2000s as news sites and political pundits crept onto the blogging scene. And when Google introduced AdSense in 2003, bloggers everywhere gained access to a simple, powerful tool that could monetize everything they wrote.

It was the beginning of the end for the personal blog—and for our shared stories.

The absence of personal blogging is an absence of stories, a loss of shared realities.

Facebook’s 2004 launch—and the introduction of microblogging platforms Twitter and Tumblr in 2006—accelerated the change by allowing bloggers to reach wider audiences. And in 2005, YouTube made video easily accessible: bloggers could now abandon the written word and “vlog” instead.

Companies saw the commercial potential of this powerful blog-social-video triad. By the early 2010s, content marketing was entrenched in internet culture. The personal touch was all but gone, replaced by brands pumping out keyword-heavy blog posts and paying a new wave of content creators—dubiously dubbed “influencers”—to sing the praises of their products.

The real death knell for bloggers-turned-creators sounded in 2011 when Google rolled out the Panda update, the first in a wave of algorithm changes designed to deliver more relevant content in search results. Creators and companies could no longer throw a bunch of keywords into their posts and expect to rank highly. To avoid being rendered invisible, they bowed to the algorithm and niched down to focus only on topics their audiences were likely to search for.

Creating content that Google deemed “best” for specific search terms became an uphill battle. Creators found themselves locked in an unending grind to produce more of what Google—and its consonant algorithms on social media—told them their audiences wanted.

From failed formula to new beginnings

By that time, I’d graduated from angsty teenager to 30-something health coach, and my online diary had given way to a business WordPress site and a little forest of social media accounts. But despite my best efforts, my services weren’t selling. Then a podcast (itself a product of the algorithms) convinced me that creating a course was a surefire way to make a lot of money. Desperate for some way to bring in clients, I dove headfirst into the framework that the podcast hosts laid out. It was, after all, guaranteed to work. What could go wrong?

I spent hours every day writing blog posts about topics related to the course and banging away on social media to generate interest ahead of launch day. I hired a designer to create a never-ending landing page—complete with multiple calls-to-action, a FOMO-inducing countdown timer, and copy crafted to convince prospects that this was The Only Course They’d Ever Need.

And it did work. Sort of. The page got more visitors than I expected, but conversions were abysmal thanks to a mistake in back-end settings that failed to deliver the promised early-bird discount at checkout. Despite running an “oops, we goofed” campaign to try and win people back, my course ended up with less than 10 participants, and none of them signed up for long-term coaching.

So much for the guaranteed formula.

When the whole thing was over, I felt gross, like the methods I’d used to hype the course were somehow unethical. The fiasco distressed me so much that I released a video in which I apologized to my audience for my marketing tactics.

I think that was the first time I realized how sleazy and deceptive much of the internet had become. I saw firsthand how easy it was to get sucked into a mindset where money was the end goal—and the things I created were only a means to that end.

As much as I never wanted to repeat the pattern that led up to the failed course launch, I didn’t feel like I could escape the spiral. In an ironic twist a couple of years later, I transitioned my business from health coaching to content marketing. Suddenly, I was the one helping other people conform to the formulaic algorithms that the internet had convinced us were essential for success.

But somewhere in me, the personal writing I’d done all those years before was itching to get out. I stuffed it down and got on with writing blog posts to help companies rank on Google and dutifully posting daily LinkedIn updates to build my personal brand.

Then one day, during the weekly time I set aside to pray about my business, I had a wake-up call: I’m a writer. I always have been. And it was time to embrace that reality, even if it meant flying in the face of every “best practice” the internet gurus touted.

I believe this is the next frontier of internet media: us, together, writing and creating and posting what we know we need to share—whether or not it fits a niche or follows a best practice.

God has been after me about it for a while, but I’m still hesitant. How can writing—just writing—be a business tactic? How can putting my stories out into an internet landscape that no longer welcomes unfiltered personal realities have any benefit?

I have no idea. At least, not yet. But I suspect it’s something to do with encouraging others to express the insights, realities, and experiences that the algorithms have stifled in favor of making everything formulaic and profitable.

The next frontier of internet media

I’m not alone in this. Across the internet, others who feel the need to get off the content creation hamster wheel are calling for change.

We’re yearning to return to a life—online and off—that isn’t dictated by search rankings and social media algorithms. To create things that matter, chase rabbit trails that interest us, and practice our crafts as a way to learn and explore.

I believe this is the next frontier of internet media: us, together, writing and creating and posting what we know we need to share—whether or not it fits a niche or follows a best practice.

Us letting our triumphs and failures reveal the nuances and complexities of our collective humanity.

Us daring to fly in the face of the soul-sucking algorithmic dance that turned personal blogging into a monetized commercial cesspool and start inviting others into our lives again.

The path on this expedition to reclaim the days of internet past will look different for everyone. For me, it looks like rejecting the algorithms and disengaging from all social platforms. It looks like posting personal essays on Substack and sharing opinion pieces instead of “industry thought leadership” on my business blog. And it looks like pitching prospects on the idea of writing meaningful, personal content instead of trying to please algorithms.

“…creativity, in its many forms, is humanity’s greatest gift…” - Rob Hardy

The algorithms haven’t subsumed our unique personal journeys, creative strengths, and God-given talents. We can still reclaim the organic human element that made OpenDiary and LiveJournal so appealing. Sharing the events and memories that shape our lives still has the power to bring s together and create deeper connections that far outlast the next Google update.

It’s a bold approach. It’s scary. It might fail. But that’s a risk I’m willing to take. 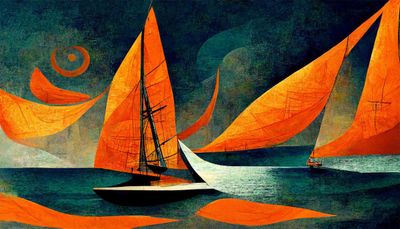 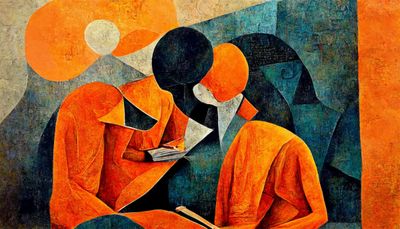 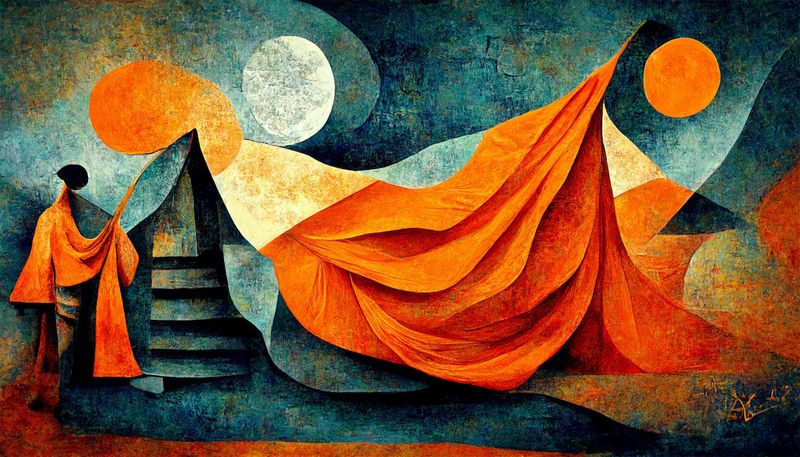 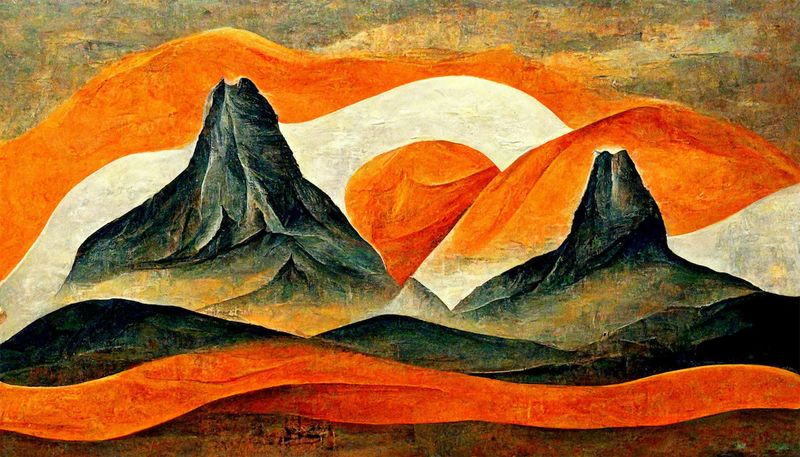 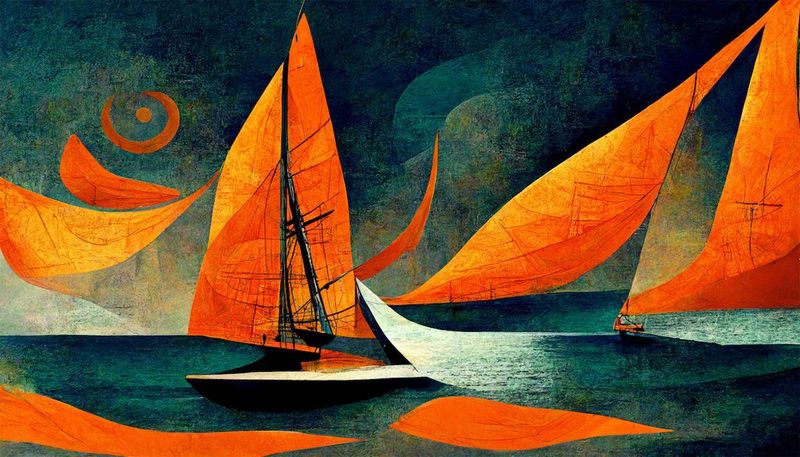 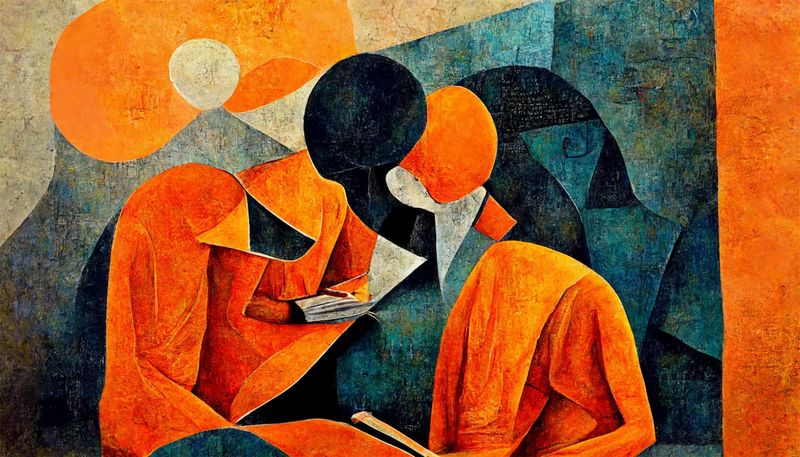