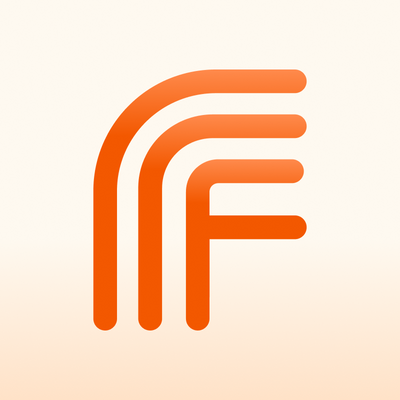 When I worked in the fashion business, every day was like swimming with sharks. You needed to move quickly or you would be eaten alive.  When I worked in the food world I made foxhole buddies.  Work fast, chop faster, and compare burns and cuts later; metaphorical and actual injuries abound. Intense friendships forged in fire.

Life moved on, as it does, and one day I was sorting through some boxes and came across a stash of stories I’d written. I read them and felt that urge again. But I felt oh, so very rusty and uncertain. Then, through a connection on Twitter,  I found out about Foster. Support for writing and editing, why not give it a chance? I had literally been looking for a kick in the butt and voila!

Now I’m a contributing member of this Foster writer’s community and it’s like being ten feet off the ground tethered to a belay line. That’s when you are roped in and your partner is on the ground holding the other end of the line, so if you do slip, you won’t fall to your death.

It’s been said that writing is the loneliest profession. The image of a person struggling before a blank screen, a blank page, where words will simply not appear is engrained in the mythology of the stoic writer. I’m going to call bullsh*t on this trope. Writing may well be the most collaborative of the arts. Getting the words down on the page is merely step one. Then the editors step in to guide and focus the author. Beta readers are worth their weight in leather-bound journals as they give honest feedback on your output. When you finish your next book, count the number of people who are thanked in the acknowledgment section. It takes a small army to polish a piece until it is ready for publication.

The gruesome, shocking stabbing of Salmon Rushdie, at the Chautauqua Institution in New York, which is by all accounts, a stodgy-esque writer’s retreat, got me thinking about the connection writers have to each other. The day before he was assaulted, Rushdie was texting a friend of ours, the Executive Director of an arts foundation, where Rushdie had been a Director’s Guest. He was asking what could be done to help support Ukrainian writers. After all he’d been through, the fatwa against his life, nine years under UK police protection, the death of his Japanese translator, the stabbing of his Italian translator, the shooting of his Norwegian publisher, and a bomb attack in a London hotel, he hadn’t retreated from the world but was looking to help other writers.  That compulsion to band together with other writers runs strong and Rushdie felt he had something to give back to others who shared his passion.

Now, let’s say you aren’t ready to call yourself a writer. But, you have the itch, the desire and you sit at your desk and you let the words flow, or maybe the words ebb more than flow. Then you go back and edit and edit. Finally, you think you may have totally lost the plot and who are you kidding that you think you can be a writer? That’s where I was a year ago. I had the compulsion to write, and I had it bad (3:00 am potential plot developments galore), but I was rusty and feeling a cross between timid and silly. This is how I found myself tiptoeing into the Foster community.

I’m not a person who loves to share intimate secrets. Frankly, my secrets are not all that interesting, yet here I was regularly meeting with other writers who had the same misgivings, the same fears, and we were holding the belay lines for each other. We were anchoring each other in an experimental series of workshops called “Season One.”  Each workshop opened with a breathing and centering exercise. At first, I thought this was too “woo-woo”.  I was there to write not do pseudo-yoga. But after a few times, I came to look forward to that moment when I forced myself to focus and tune in. There would be some discussion and then a writing prompt.1  It was fun. And challenging. It could be intense or just plain silly.  But it was liberating to write and share work that came from the prompt. The point was that it was a very safe place to practice the art and craft of writing. To reach a little higher, to try a little harder, to get a lot better at putting pixels on the page.

By the end of Season One, I had a group of people who knew me, who had my back and I had theirs. This is why I’m curious and ready to start Season Two. Who will I meet? What adventures will we share? How much bigger will my world become?   I’m guessing there will be seasoned writers alongside newbies, and that is a glorious thing. We will all learn from each other. Some days you’ll be on the ground, tethering me for security,  while I plot how to reach the next handhold. Other days you’ll be the one roped to your keyboard,  reaching to put down the right words,  and I’ll be there to see you and keep you safe. Looking forward to this next adventure.  “On belay!” as the climbers say at the start of a journey. Let’s get this party started!

[1] About those prompts: I recently sorted through stories I wrote during Season 1 and was literally amazed at the quantity of writing. Looks like Season 1 was the very kickstart I wanted it to be!

How (and Why) to Receive Feedback on Your Writing